Idiom:
to break even (used as a
verb) 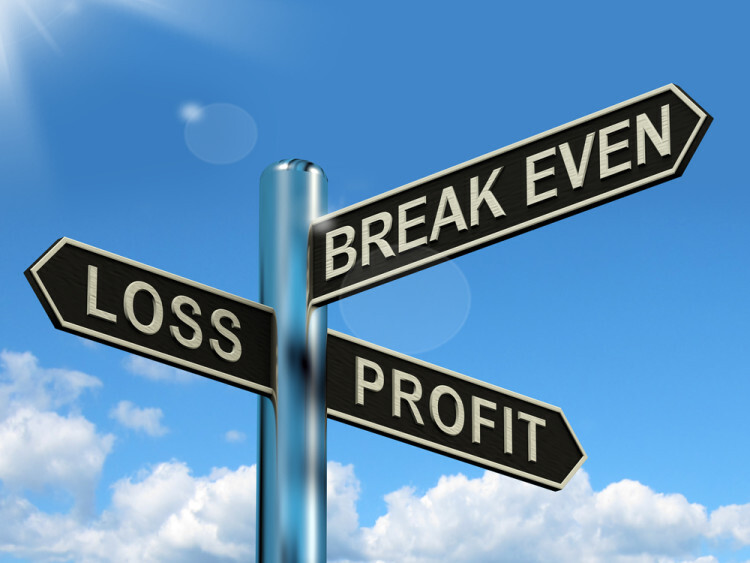 First Example:
Manager:
I’m sorry, but we won’t be able to give that raise you asked for.
Employee:
That’s too bad. Can you explain why?
Manager:
Well, the rent for the building went up, and we lost a couple clients.
Unfortunately, we barely broke even
the last two months.
Employee:
Wow, I didn’t realize it was that bad.
Manager:
Well, hopefully this new client will work out and we’ll be bringing in more
income starting next month.

Meaning: The expression “to break even” means to spend the
same amount of money as was earned. In the example, the manager explains that
the employee won’t be getting a raise because the company “barely broke
even,” meaning that the company spent what they had earned and had no
profits.

Second Example:
Chris:
How was the casino?
Tania:
It was so much fun! You should have come!
Chris:
Did you win any money?
Tania:
Yeah! I made enough to pay for the plane tickets and hotel room, so I basically
broke even.
Chris:
Wow, so a free vacation!
Tania:
Yeah! It would have been nice to make money, but it was still a surprise to
break even and still have so much fun.

Meaning: In the second example, Tania “broke even” on her
trip, making enough money at the casino to pay for her travel and accommodations.